Posted on 7 June 2019 by azaleaazelia 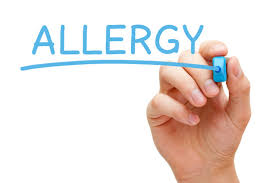 Allergic rhinitis is the most common allergic disease, affecting 25% of the population. It consist of two forms, seasonal and perennial. Seasonal allergic rhinitis is commonly referred to as “hay fever” or “rose fever” and is triggered by pollens with a typically well-defined season of germination. Perennial allergic rhinitis has similar symptoms, yet involved substances are present year round, including animal dander, dust mites, and mold. In both forms, allergens interact with mast cells or basal cells in the nasal mucosa. They are then presented by antigen-presenting cells such as dendritic cells and macrophages. CD4 lymphocytes are stimulated by this presentation to release  interleukins including IL-3, IL-4, IL-5, IL-13, and other cytokines that promote local and systemic IgE production by plasma cells. In addition, these cytokines lead to enhanced  chemotaxis, inflammatory cell recruitment, proliferation , activation, and prolonged immune cell survival in the airway mucosa.