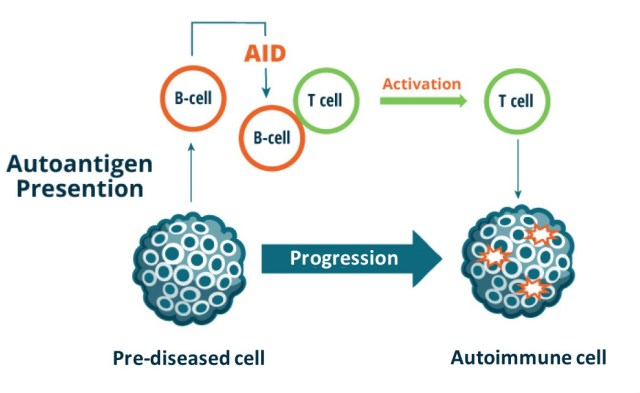 A thirty one year old woman was seen in the clinic because she had a sensation that something was stuck in her throat. Her older sister had a similar problem. She also noted feeling tired and had gained weight since giving birth to a child five years earlier. Her hair and skin seemed to be getting drier. On examination, her thyroid gland was mildly enlarged on palpation and ultrasound revealed multiple small nodules and a pseudonodule indicated by the arrow. A needle biopsy of the thyroid revealed a diffuse interstitial lymphocytic infiltrate with formation of lymphoid follicles. Residual thyroid follicles were small, and some contained inspissated colloid.